We can trace farmers markets back more than 5,000 years to ancient Egypt. There, townspeople adopted the practice of selling food and other goods to their community. Proximity to the Nile made farmers markets the ideal place for buying and selling fresh produce.

Since then, various cultures have developed their own farmers markets. Though their offerings may differ from what you’d expect to see at your local market, the basic tradition remains the same.

Many historians believe that Lancaster was home to one of America’s first farmers markets. In 1730, city planners designed the space that became the central marketplace, and Lancaster Central Market still exists today. Though the first farmers market was small when it began, it may have hosted up to 400 vendors at its peak.

In 1818, local farmers and markets set up their wagons as portable shopping places. These hubs were called “curb markets,” and the practice persisted through the first World War. Refrigeration and transportation inspired the development of commercial supermarkets, which left many small farmers and artisans out of the trade market. 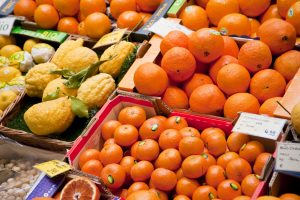 Today, there’s a modern renaissance for farmers markets. More people want to know where their food comes from, how farmers grew it and whether the necessary resources were ethically sourced. This growing demand for organic, locally grown food effectively drew the historic farmers market out of the past and brought it into the present culture.

Now, farmers markets exist all over America. Some sprawl out over city corners and parks, while others find a permanent home in dedicated buildings.

In the early thirties, a group of farmers from the Ephrata, PA area discussed the possibilities of opening a farmers market on the Mainline of Philadelphia. They perceived that this area was willing to pay for the value added in quality Lancaster dressed poultry. These “fully drawn” birds were cleaned much as they are today, but far superior to the standard of that time. In 1933, Norman and Florence Sweigart rented a building in Rosemont and invited a variety of merchants from Lancaster County to join them. The market was simply named the Lancaster County Farmers Market because most of the merchants were from Lancaster.

In 1950 Norman Sweigart was informed that the Rosemont market building was being sold to Acme and that the Lancaster County Farmers Market was going to have to find a new home. Norman was not interested in managing and developing a new location so Hiram Royer and Paul Neff, who were sons-in-law of S. Clyde Weaver and were in the process of buying that business, decided that they would rent a building at 152 East Lancaster Ave., Wayne from Pasquella DePasqua. On April 7, 1951 the Lancaster County Farmers Market opened its doors in downtown Wayne. 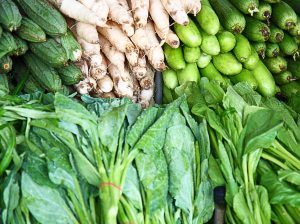 Wayne, Pennsylvania, home to a section of the Philadelphia Main Line, got its start as a railroad stop named Cleaver’s Landing. Later, the station received its new name to commemorate General Anthony Wayne.

Banker J.H. Askin built the first mansion in Wayne, and his land became the foundation for A.J. Drexel and G.W. Childs’ development, called Wayne Estate. After its foundation, the suburban village grew into the town that exists today.

Your Farmers Market in Wayne, PA

When you shop at Lancaster County Farmers Market, you can choose your produce, meat and other items by hand. Carrying on this tradition helps you get the highest-quality goods at affordable prices. Plus, our vendors are members of our community, and many grow or craft their own wares.

Visit our historic farmers market in Wayne, Pennsylvania, on a Wednesday, Friday or Saturday between 6 a.m. and 4 p.m. You can view a full list of our stands as well as the sellers’ contact information before traveling to our farmers market. If you have questions regarding a specific vendor, we request that you contact them.

If you have questions about Lancaster County Farmers Market, please fill out this contact form with your information, and we’ll get back to you!

Have a Question About Our Lancaster County Farmers Market? 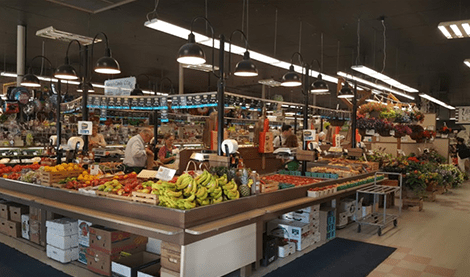 The Ultimate Game Day Snack! Party Dogs are like t

The finest Artisan Breads & Rolls are at D’Innoc